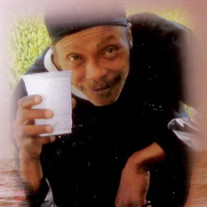 Raymond Charles Jefferson, aka Ray, was born on April 8,1954 to the late Willie Fred and Ora Lee Jefferson. He was the fifth of six siblings. Ray attended the Westwood School District, graduating from Robichaud High School. He enlisted in the... View Obituary & Service Information

The family of Ray Charles Jefferson created this Life Tributes page to make it easy to share your memories.

Send flowers to the Jefferson family.