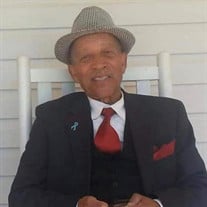 Uncle of Rita & Gregory McClary of Chapel of the Chimes Funeral Home-Westland This is a Service Announcement for the Wright Memorial Mortuary 814 S. Broad St. SW Rome GA 30161 A man who’s kindness and quiet leadership has helped so many area families through their time of loss has passed. Joe Wright, the owner of Wright Memorial Mortuary in Rome, died Saturday at age 87. We took some of these comments from his Facebook page as it fills with notes from friends and family: “We have lost a wonderful kind-hearted friend, businessman and a pillar of our Rome and Floyd County community.” “Mr Joe Wright was a true example to follow . Although, it saddens my heart that I will no longer run into you and see that warm smile around the town as you’re serving in the community. You left a legacy and I plan to continue to grow from the examples you displayed as a servant of God. “He never called me by my name. No, whenever he saw me he’d give me a big hug, his warm smile that made his eyes sparkle, and he’d say, “Hey Lil Peggy!” The reference to my grandmother (I do look a lot like her) always made me giddy like a 4-year-old with a new toy. He hugged me, smiled, called me Lil Peggy at my mother’s wake. It was the only time that day I managed to smile. For decades Uncle Joe Wright has helped us say good bye to our family members and countless other families do the same. Now we must come together and bid him farewell.” Mr. Joe Wright, 87, funeral director and owner of Wright Memorial Mortuary, passed away peacefully Nov. 23, 2019, at a local hospital surrounded by his loving family and friends. Born in Centre, Ala., on Jan. 17, 1932, Mr. Wright got his start in funeral service after serving in the military during the Korean Conflict. He worked as an orderly at a hospital in Centre, Ala., and became interested in the funeral business after assisting Bill Perry transport cases from the hospital to Perry Funeral Home. With the support of his wife, Mrs. Dorothy (Sams) Wright, he attended John A. Gupton College of Mortuary Science in Nashville, Tenn., and graduated with the Class of 1963. Mr. Wright then trained with some of the most accomplished funeral directors in the state of Georgia before achieving his vision of funeral home ownership. In 1971, the years of training and hard work resulted in the establishment of Wright Memorial Mortuary. Mr. Wright has devoted his life to God, family and community. He has served on various local boards and committees, and lived by the motto that “service is friendship in action.” Hew as a devoted member of Callahan Street Church of Christ. He also was a devoted husband, father, grandfather and great-grandfather. Wright Memorial Mortuary Inc. has charge of arrangements.

The family of Joe Wright created this Life Tributes page to make it easy to share your memories.

Uncle of Rita &amp; Gregory McClary of Chapel of the Chimes Funeral...

Send flowers to the Wright family.