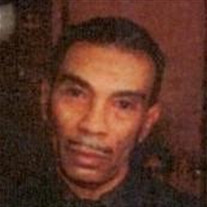 Edward Landon Foster was the son of Guy and Sadie Foster. He was born in Logan, West Virginia. When Edward was five years old, he, his parents, and his sister Jean, moved to Inkster, Michigan. Edward's father Guy became the Constable of Inkster. Guy and Sadie (Episcopalians) became founding members of St. Clements Episcopal Church. So it was from age five, Edward grew up in St. Clements. When he became an adult, he served as an usher for fifty-five years. He also served on the vestry for various periods of time. Edward attended Inkster Public Schools. As a student, he was part of the first class that graduated from Inkster High School. There were only seventeen students in that first graduating class. During World War II, Edward enlisted in the Air Force. At that time, the United States Air Force was segregated. Edward served with the Tuskegee Airmen, the "Red Tails'. He was part of the crew. Edward's commanding officer, was the renowned general, Daniel "Chappie" James. When World War II ended, Edward received an honorable discharge for his service. Edward maintained his friendship with a fellow soldier Henry Pelichet. Henry had moved to Inkster from Maringouin, Louisana. Henry had a niece who lived in Maringouin. She came to visit him for the Christmas holidays. Her name was Mable Hawkins. Henry introduced Edward to Mable. The year was 1946. Three weeks later, on January 3, 1947, Edward and Mable were married. Mable was sixteen and Edward was only twenty-four. From the very beginning of their marriage, Edward and Mable became active in the church life of St. Clements. In August of 1949, Edward and Mable had their first child----Tonya. As years passed, the couple had four more children----Michael, Randall, Carol and Susan. Edward and Mable were married 70 years. In January of 2018 Mable died. Edward's occupation for much of his adult life was mental health assistant, at Eloise Psychiatric Hospital. Politically, Edward was a Democrat. He contributed to the civic life of Inkster, in the role of Alderman. He enjoyed helping at the polls on Election Day. Edward Landon Foster was a quiet and humble man who loved his wife, raised his children, catered to his grandchildren (Dairy Queen and the movies!, took care of his house and lawn on Yale Street and faithfully served God at St. Clement. Edward is survived by 4 children, 7 grandchildren, 8 great grandchildren, and 2 great great grandchildren. Edward was loved.

Edward Landon Foster was the son of Guy and Sadie Foster. He was born in Logan, West Virginia. When Edward was five years old, he, his parents, and his sister Jean, moved to Inkster, Michigan. Edward's father Guy became the Constable of Inkster.... View Obituary & Service Information

The family of Edward Foster created this Life Tributes page to make it easy to share your memories.

Edward Landon Foster was the son of Guy and Sadie Foster. He...

Send flowers to the Foster family.