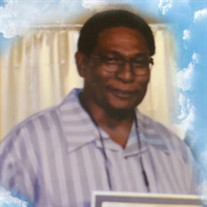 OBITUARY Charles Julious Holmes, Jr. was born September 20, 1963 in Detroit, Michigan to the union of the late Charles Julious Holmes, Sr. and Beatrice Mae Holmes. Charles was raised by his parents alongside his siblings Marcella, Jerome, and William. Charles, was affectionately called Charlie/Charlie Boy. He attended Detroit Public Schools and later when the family relocated to the City of Inkster, Charlie attended Westwood Community Schools. During his high school years, Charlie took several automotive classes. He acquired in-depth knowledge about automobiles and was the go-to guy when someone had a problem with their car. In 1983 Charles, Jr. graduated from Hamilton J. Robichaud High School. After high school Charles was employed with Fed-Ex as a Hi-Lo Driver. Unfortunately, after a few years on the job, he sustained an injury to his back. Charlie had a passion for life. He enjoyed fishing and seeking out the best fishing spots. He would often go boating with his cousin and friends. However, more importantly, he enjoyed connecting with family, and friends. If you wanted to know how someone in the family was doing, all you had to do was ask Charlie. Charlie was also an avid traveler, he would often travel to visit family and friends in Tennessee, Florida and Texas. Distance did not matter to him. God called Charles, Jr. home into his loving grace on Saturday, July 18, 2020, while a patient at the University of Michigan Hospital-Palliative Care Unit. He leaves to cherish his memory, his daughters, Charnika Denise Holmes, Tasia Holmes, and twins Whitney and Britney Holmes, Mother Beatrice Holmes (Lenton Newson) Sister Marcella Hampton (Hilliard), Brother Rance Jerome Holmes (Gisselle), Brother William Holmes (Tina), Four Nieces, Four Nephews, Four Great-Nieces, and Two-Great Nephews, and a Host of Aunts, Uncles, Cousins and Friends.

The family of Charles J. Holmes Jr. created this Life Tributes page to make it easy to share your memories.

Send flowers to the Holmes family.