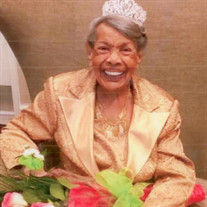 Shirley Petross Sharpley whose journey of purpose and service began in Canton, Illinois on October 24,1924. The eldest of three children born to the late Irving and Frances (Weston) Petross, Shirley received her early education in Illinois graduating from Weatherfield High School in 1942. Charlotte and Pete preceded her in death. She then obtained her Bachelor of Science in Business fron Lincoln University in Jefferson City, MO where she also became a member of Alpha Kappa Alpha Soroity, Inc. Her Master of Arts degree was earned later at Wayne State University in 1957. The 1940's brought significant changes in Shirley's life. Namely, between 1947-1949, she was employed as a secretary for the United Auto Workers Union in Detroit and in 1949 she began her teaching career in at old Inkster High School on Michigan Ave. As a teacher in the Inkster Public Schools, she exhibited extraordinary leadership skills and began establishing outstand programs in the classroom and in extracurricular activities. It was Shirley Sharpley's perseverance and personal involvement that led to the renown success of the Marveletts - a group of five girls that had starred in the IHS talent show and went on to become recording artist with Motown. Her students gained experience and income while working in offices throughout the business community. Many gained permanent jobs and prominent positions from this pioneering effort. Additionally, Shriley was a leading figure in the Inkster Federation of Teachers using her skills to advance the professional development of educators. For 34+ years, she worked tirelessly for the educational enlightenment and cultural enrichment of all. On February 14,1953 she was joined in holy matrimony with Ira Woodie Sharpley. They were parents of three children: Steven (deceased April 13,1995), twins David (deceased April 1, 1960), and Lora-Lynne. They moved from their first home in Ecorse to Inkster in 1960. Love, laughter, sports discussions and BBQ's always were plentiful wherever they lived. Shirley was a devout Christian having been baptized in Illinois. After moving to Michigan, she joined the Church of Resurrection in Ecorse and later St. Clements Episcopal Church in Inkster, MI. In the 1980's her path redirected to Evangel Ministries in Detroit, MI. For more than 35 years, she dutifully and reverently served God under the leadership of George Bogel. Her leadership as a Bible scholar and devoted Christian earned her the respect of the congregation who called her "Mother Sharpley". Because of her inability to travel to Detroit, Shirley was let to Gethsemane Missionary Baptist Church in Westland, MI. She found her niche in this nearby church where her Christian discipleship became even stronger. She loved the Pastor, caring members and worship services of Gethsemane; it's reservoir of faith and praise greatly sustained her declining years.

Shirley Petross Sharpley whose journey of purpose and service began in Canton, Illinois on October 24,1924. The eldest of three children born to the late Irving and Frances (Weston) Petross, Shirley received her early education in Illinois... View Obituary & Service Information

The family of Shirley Sharpley created this Life Tributes page to make it easy to share your memories.

Shirley Petross Sharpley whose journey of purpose and service...

Customized sympathy cards. Mailed for you.