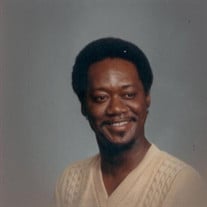 Samuel Robert Payne was born on November 8, 1949 in Ypsilanti, Michigan to Sam and Jewell Payne. He was the first born of twins boys. Unfortunately, his brother lived a short life, before God called him home. Samuel, also known as "Sonny" to family and friends, was an only child for the first few years of his life. He was then blessed with a brother. Sam was raised in the city of Inkster and educated in the Inkster School District. He started playing tenor saxophone early in his life. While playing in the high school band, he and some of the band members formed a jazz group. After graduating high school in 1967, he attended Washtenaw Community College. In 1969, he joined the US Air Force. His desire was to become a pilot, but due to a medical issue, he was discharged before completing basic training. After returning home, he became employed with Ford Motor Co. Sam tried to gain as much knowledge as he could. He took manufacturing class, afterwards, taking a class in CNC machining. He then attended WCCC furthering his studies in Autocad. He had interest in building furniture , home improvement, construction work, doing bodywork on his car, working on his own car, computer programming, cooking, etc. Sam met the love of his life in 1982 and they married in April 1986. They were like two peas in a pod. When you'd see one, you'd see the other. In 1996, he and his wife joined Cathedral of Deliverance in Detroit, pastored by Pastor Y. Tyson. He was baptized and received the Holy Ghost in 1997. Several years later, they joined Greater Works Ministry in Southfield, where Pastor Dr. B. Ford was the pastor. In 2013,he and his wife joined High Praise Cathedral in Inkster pastored by Bishop Clarence B. and Prophetess Joyce Haddon. With some training, Sam operated the sound board, recorded the services and operated the video camera. He also cleaned the church. He attended church until his health would not allow him to go any further. Preceding him in death were his parents. twin brother, uncles and aunts. Sam leaves to mourn his passing, his living wife of 34 years, Rosita; two sons, Donlaque of Romulus, MI and Antwon of Detroit, MI; three stepsons, Dennis and Michael of Inkster and Robert of Westland; one stepdaugher, Patrice of Pittsburg, PA; one daughter-in-law, Onika of Westland; his brother, Sidney of LA. California; one nephew, 13 grandchildren, two godchildren, ten brothers-in-laws, nine sisters-in-laws, his best friend, James and a host of cousins, nieces, nephews and friends.

Samuel Robert Payne was born on November 8, 1949 in Ypsilanti, Michigan to Sam and Jewell Payne. He was the first born of twins boys. Unfortunately, his brother lived a short life, before God called him home. Samuel, also known as "Sonny"... View Obituary & Service Information

The family of Samuel R. Payne created this Life Tributes page to make it easy to share your memories.

Send flowers to the Payne family.