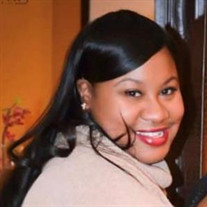 On April 3, 1976, Re'Keyia Darnetta Corbin-Sanghott was born to Renellda Corbin and George Jackson in Lincoln Park, Michigan. Re'Keyia was raised and educated in River Rouge, Michigan. She graduated with honors from River Rouge High School in June 1996. After high school, she attended Marygrove College before relocating to Columbus, Ohio in 1997 to attend DeVry University, where she earned a Bachelor of Science in Information Technology in 2001. In 2006, she earned a Master of Business Administration in Human Resources from Keller Graduate School of Management. Re'Keyia confessed Christ at an early age. She was a lifelong member of St. John's African Methodist Episcopal Church in River Rouge, Michigan under the leadership of Rev. Arnita M. Traylor. She served as a youth usher and as an Alcolyte. In 2000, Re'Keyia joined the Greater Rising Star rand Chapter, Order of the Eastern Star. Through the years, as she traveled to various conventions and stat sessions, she embraced the sisterhood. She became Worthy Matron of St. Mary's Chapter #20 and served as a model each year at the national convention. On June 16, 2012, Re'Keyia joined Amadou Sanghott in holy matrimony. Together, they welcomed one son, Maliek, and raided their girls, Iesha, Illexia, and DaLieah. She enjoyed her children, but she had a soft spot for her grandchildren, The Nanna Crew, Tichaun (Nanna Bear), Tre'Vean (Nanna Pooh), Marley-Rose Re'Keyia (Nanna Mars), and Irielle (Nanna Angel). Keke, as she was known to most, was a high-spirited and passionate. Whether it was cooking, crafting, or chilling in the K-Spot, she relished every opportunity to be hospitable to others. Even when she shopped, she did so with others. Even when she shopped, she did so with others in mind, as she would often have a gift or whatever you needed when you stopped by. She loved to travel and no matter where she was, she knew someone because of her smile was unforgettable, her love was uncompromising, and her imprint on the lives of whose who crossed her path was undeniable. She will always be remembered of her favorite phrase. "Smile....Keke loves you!" She is already missed and will be forever celebrated! Keke passed from labor to reward on Tuesday, January 19, 2021. She leaves to cherish her memories her husband, Amadou; five children, Ieisha, Ilexis, Ivontae, DaLieah, and Maliek; four grandchildren, Tichaun, Tre'Vean, Marley-Rose, and Irielle; her mother, Darnetta; her father George; her mother-in-law, Olive, her stepfather, Arsemon; four siblings, Tomika (Marco), Arsemon (Kacey), Deshon, and Kaylynn; four brother-in-laws; seven sister-in-laws; her grandmother, Alice; four nieces and nephews, Kylah, Kaylynn, Brandon, and DaVante; six uncles, Donald Jr., Keith, Olanda (Janice), Wallace, Lowell, and Jerry (Debbie); one aunt, Marquita (Nate); her godmother, Darrylin; four bonus siblings, Jesse, Carletta, Jewelyn, and Zakiya; four godchildren; Shi'Aunte, Robert, Trinity, and LaMiracle, her Godbrother, Robert, special friends, Marjorie, Kamekka, Karen, Christine, Shavonne, Michelle, Shawn, Jackie, and Deneen, her Greater Rising Star Grand Chapter O.E.S family, her River Rouge High Class of 1996 family, and a host of other relatives and friends. Keke was welcomed home by her mother, Renellda Corbin, brother Andre Corbin stepfather Arthur "Hickory" Lumas, grandparents, Mr. and Mrs. Donals Corbin; four aunts, Renee Witten, Venessa Corbin, Thea Green, Denise Corbin, one uncle Roderick Corbin, and her sister/cousin Marcena Payton.

The family of Rekeyia Darnetta Sanghott created this Life Tributes page to make it easy to share your memories.

Send flowers to the Sanghott family.