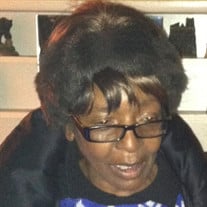 Maxine Carter Obituary On January 24, 1955, Maxine Carter (Cosby) was the first child born to Doreatha Mabry and Mack Cosby in Detroit, Mi. She attended Detroit Public Schools and later moved to Belleville, Mi where she attended Belleville High School. After high school, she met and married Craig Carter. The couple then started their new life in Detroit, Mi. After the death of her husband, she never remarried. She went on to pursue her passion of taking care of the elderly and remained in the medical field for a number of years. When her mother Doreatha became ill, she quit working in the medical field to take care of her mom. She was a tv and movie buff, and some of her favorite programs included Sci-Fi and game shows. She also loved to take care of her favorite niece and nephew, Cardis and Doneshia Mabry. She loved to cook and brag on how delicious her meals were. Her favorite dish to prepare was oxtails with yellow rice and corn bread. Maxine had a way of making you hungry with the way she described her meals even as she moved to Camila, Georgia. Her brother Howard Mabry couldn’t wait to pay her back for tempting him with her delicious meals and decided to finally settle the score when he married Anita Mabry. He called and told her that Anita made some oxtails and yellow rice that taste as good as hers. In her later years, she became ill. One thing about her during that time she would call everyday to let family know what was going on in her life. While residing in Georgia, God showed her favor through her friends Ms. Sandra, Ms. Inez, her son Otis, along with a number of others. Maxine loved to talk about her little dog and and her friends Ms.Sandra’s dog named Buffy. While in Georgia, Maxine attended church, bible study, and rekindled her love for God. Her brother often marveled at her growth in God. She recently fell ill and had to relocate back to Michigan to be with her family. God called her home on Tuesday, January 28, 2020, only four short days after her 65th birthday. She leaves to mourn her brother Howard and his wife Anita, her aunt Curtis, her cousins Barbara-Jean, Anita, Linda, and Bill. Additionally she leaves behind her nephews and nieces Cardis, Doneshia (Punkin Brewster), Vannicea, Vannice, Vannessa, Vannelle, JoVon (Jo-Jo) and Felicia (Fe-Fe). She also leaves behind her great nieces and nephews Lauren (Teacup), Jaiden, Calvin, and Phelicia. Additionally she leaves behind Mrs. Sabina Gillette, Alecia Mabry, and a host of other family and friends. The Mabry would like to give special thanks to everyone for their prayers and well wishes.

The family of Maxine Carter created this Life Tributes page to make it easy to share your memories.

Send flowers to the Carter family.