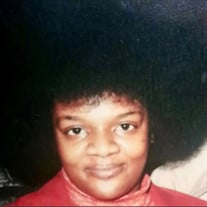 The Beginning: Lillie (Marie)Johnson Spikes was born July 23,1952, to her parents Eugene and Leona Johnson in Wayne, Michigan. Church Life: Lillie was raised to understand that a spiritual foundation would be key to living life more fulfilled. She accepted Christ at an early age and was baptized at Second Baptist Church. She often served in church by singing in the choir. She late rededicated her life at Greater Grace Temple, Taylor, MI. Education Life: Lillie attended school in the Westwood District; Mokeresy Elementary, Roosevelt Junior High and was a graduate of Robichaud High School Class of 1970. She extended her learning life by attending Ferris State University in Big Rapids, MI; Job Corp, Kansas City, MO; and Dorsey Business School, Wayne, MI. Work Life: Lille took each job seriously and would do it the meticulous care. She worked as an inventory staff member and cashier at Meijer, Kmart, and Saturn stores in 1980s and early 1990s. Later, she worked for AAA Insurance Company as a Customer Service Representative for twenty-six years until her retirement in 2013. Love Life: Lillie was united in marriage to Reginald Spikes on February 14, 1984. Family Life: Lillie was the third oldest child of eight children. She loved her family and loved to joke and laugh with them. Her favorite pastime after retirement was to connect with family through social media. Giving a greeting for birthday celebrations, new births, and accomplishments was something that she found great joy in sharing. She was building the family tree and finding old documents from family ancestors. The goal was to find as much as she could so that those who attend the next reunion gathering would learn a littler more about the history of the family. She loved arts and crafts and would find projects around the house to keep her busy, coining the term for herself "Tool-Belt Diva". She loved watching sports, especially tennis and football. These sports became another way she could get a joke or two in on a family member. If the Kansas City Chiefs or the Dallas Cowboys won a game, everyone who loved football would know that her Chief or Cowboys won; and possibly while watching those who didn't watch would know. She was named after her maternal grandmother, Lillie Webb, who was also a big Cowboys' fan. Tennis was just as bad, because Serena Williams should have called her a pick me up after a bad tournament because she was her private "hype woman". The joy she had for her was undeniable. The Exit: Lillie (Marie) Johnson Spikes passed away on October 20,2021 at 4:45pm after a vigorous health emergency at St. Joseph Hospital. Though her time here seems very short, God has deemed it complete, and she has taken her rest from this earthy realm. Her husband, Reginald Spikes; father, Eugene Johnson; and four siblings, Lynette, Shirley, Robert, and Raymond preceded her in death.

The Beginning: Lillie (Marie)Johnson Spikes was born July 23,1952, to her parents Eugene and Leona Johnson in Wayne, Michigan. Church Life: Lillie was raised to understand that a spiritual foundation would be key to living life more fulfilled.... View Obituary & Service Information

The family of Lillie Marie Spikes created this Life Tributes page to make it easy to share your memories.

Send flowers to the Spikes family.