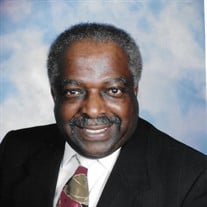 Leonard Douglas Obituary Leonard Douglas was the third of five children born to the union of Andrew Webster Douglas and Zoda Mae Sutton. He was born August 8, 1931 in Detroit, MI. During his developmental years he was both scholarly and industrious. After graduating from Inkster High School in 1949 he enrolled at Alabama State University. Upon his graduation from Alabama State, he was drafted into the United States Army, where he served two years as a personnel clerk in La Rochelle, France. Upon returning home from the military, he began a career as a science/mathematics teacher with the Detroit Public Schools. In order to better prepare his students, he also continued his own education. He earned a Master of Education from Wayne State University and a Doctor of Philosophy from the University of Michigan. Leonard was introduced to the Omega Psi Phi Fraternity, Inc during his time at Alabama State University. There is was initiated at the Gamma Sigma chapter on Feb 12, 1951, which started a lifelong love, service, and dedication to the organization. He was Dean of Pledges for the Spring 1953 line, while still attending ASU. Post-graduation he remained active in the fraternity at the Nu Omega Chapter, serving on many committees, and as Basileus of the Chapter for several years. He served as Grand Marshall for the fraternity’s national Conclave in 1990. In 1956 he married his college sweetheart Julia Lee Peters and to that union three children were born, Dwayne Elden, Andrea Denise, and Daryl Edwin. After Julia’s passed on to glory in 1992, he found love again, and married Melody Karen Douglas in 1995. He served the Detroit Public Schools as a Teacher, Counselor, Assistant Principal and Principal. He was also an Administrator with the Detroit Public Schools Summer Youth Employment Program and the Adult Basic Education Program. He also served Kentucky State University as Professor of Education. His work with young people was a source of immense satisfaction and enjoyment to him. In his judgement teaching was a great profession and the children were the highlight of that endeavor. He was also dedicated to community service. He served on the Board of Trustees of the Charles H. Wright Museum of African History, the City of Detroit’s Maintenance Central for Seniors Program, The Board of Governors, Education Alumni Society, the University of Michigan, the Miller District Advisory Council, and the Omega Psi Phi Fraternity’s Social Action Committee. He was also affiliated with the National Community School Education Association, American Association of School Administrators, National Association of Secondary Principals, Association for Supervision and Curriculum Development, and other education Organizations. Leonard joins his first wife Julia, children, Dwayne and Andrea, second wife Melody, and his sisters, and brothers in heaven. Leonard leaves to cherish his memory, his son Daryl, step-daughter Karen Adams, grandson, Jordan Daryl, granddaughter Ryann Julia, brother Daniel, sister Anna, brother in law Eddie Morgan, sister in law Dorothy Douglass, sister in law Cynthia Peek, and various other cousins, nieces and nephews. Leonard was a detail orientated, punctual, driven and dedicated person. He was also a disciplinarian who believed in order, and doing what was right. Through his no nonsense demeanor was one of the most loving and giving persons you will ever meet. He devotion to family, fraternity and to the youth was his life’s work, and touched may people’s lives. He will be deeply missed by his family, friends, and all who knew him.

Leonard Douglas Obituary Leonard Douglas was the third of five children born to the union of Andrew Webster Douglas and Zoda Mae Sutton. He was born August 8, 1931 in Detroit, MI. During his developmental years he was both scholarly and... View Obituary & Service Information

The family of Leonard Douglas created this Life Tributes page to make it easy to share your memories.

Leonard Douglas was the third of five...

Send flowers to the Douglas family.