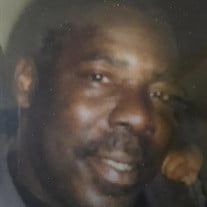 Kevin "Herb" Madison Roberson was born on December 8, 1957 in Inkster, Michigan to Madison Roberson and Vera Fox-Roberson who both preceded him in death. Kevin accepted Christ at an early age at First Baptist Church where he was reared and baptized. He was educated in the Inkster Public School System until high school, where he attended Saint Martin de Porres Catholic High School in Detroit, Michigan. Herb moved from Michigan to Oklahoma to continue his education at Charles C. Mason High School, where he became a basketball star and finished his secondary education. While at Mason High School not only did he excel at academics he also helped to take the basketball team to a State tournament. Furthering his education and athletic career he enrolled in Cameron University in Lawton, OK where he was a stellar member of the 1980 NAIA Championship Team. Herb was so phenomenal at basketball that he was recruited to travel to Juarez, Mexico and play professional basketball for FC Juarez from 1980-1981. After Herb completed his basketball career he planted his roots in Tulsa, Oklahoma where he worked in Retail Management Herb especially loved his job at Shields Bar-B-Que in Dayton, Ohio because this is where he developed hos love for grilling. Kevin was an expert Grill Master! In 1979 Kevin became affectionately known as Uncle Herb a.k.a Uncle Midnight, he was much like his father. He found himself enarmored with the idea and thoughts of having his own children. Throughout the years he gained many more nieces and nephews that all loved him dearly. Herb was so loving, affectionate, generous, thoughtful and hilarious with his nieces and nephews. He would pass along much needed advice, hugs and kisses when needed. Being a great Uncle, Kevin knew that he would be an even better father. In 1995 Kevin became a father to a son named Kevondae Jwan Madison Rovanis and in 2010 to Kevion JoMadison Roberson. Kevin was a single father and changed his life to be able to take care of his children. His best job was being a father and uncle, he took much pride in fatherhood. Herb passed on his love of sports, cooking, and family to his sons, who excel in all of those avenues. Kevin loved music, jokes, cooking, family, talking trash to his brothers especially on sports and life. Herb leaves to cherish his memory two sons, Kevonade and Kevion, six brothers Duane Fox (Dolly), Phillip Barnes, Eric Barnes, Bennie Barnes (Cindy), Dennis Roberson, two aunts Elnora Brown and Jhonnie May Fox, one uncle Alvin Roberson and a host of nieces, nephews, great nieces, great nephews, cousins, and friends.

Kevin "Herb" Madison Roberson was born on December 8, 1957 in Inkster, Michigan to Madison Roberson and Vera Fox-Roberson who both preceded him in death. Kevin accepted Christ at an early age at First Baptist Church where he was reared and baptized.... View Obituary & Service Information

The family of Kevin Madison Roberson ( Herb) created this Life Tributes page to make it easy to share your memories.

Send flowers to the Roberson family.