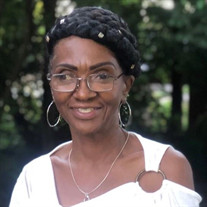 Cathy Ann Butler was born November 9th, 1953 to her loving mother Catherine Butler, and as a young girl she grew up with her grandparents (Tommie Mae and Curtis), aunts (Julia Margret and Martha Mae) and her uncle (Cortez) who all preceded her in death. Cathy attended Inkster Public Schools as a young girl and was a graduate of Inkster High School class of 1971. Her outgoing personality drew many to love and adore her, and she never met a stranger she didn't extend her gracious hand to. Cathy's motto was to always "dress to impress" which lead her to be a fashion model and have a passion for interior design. Cathy met Larry Jackson summer of 1971, whom she later married and became Cathy Nadirah Abdullah. To this union, four children were born and were raised within the Islamic community. It was always important to Cathy to develop her children to be well rounded, loving, and kind. As a young woman, Cathy started her career at Sister Muhammad Preparatory School, as a secretary because her son Larry wouldn't stop crying. Her role as a secretary kept her involved in her children's lives, as well as the Islamic community. Cathy had a passion for helping others in need which led her to another career path as a youth even coordinator at Spaulding for Children, where she extended her service for many years. Being her loving self, she took on the role of loving caregiver to her mother for years, then transitioned to Texas to be a caregiver to her aunt Julia until 2017. She then moved back to Michigan to assist in raising her grandchildren who she loved so dearly. She gave herself unselfishly to her children and grandchildren, as well as the community who needed her. She leaves to cherish and honor her memory her devoted children, Zakiyyah Jenkins, Larry Raheem (Ebony), Curtis Rahman (Brittany), and Jihad Aqeel Abdullah, Her loving grandchildren Kyah Riley, Amazing, Alayah, Rahman, Abony, Antonio, Nyvaeh, Ryan, Larry III, Aqeel, Chayce, and Legend Abdullah. Two great grandchildren, Raja and Harmony. One and only sister, Tania Diane Reaves. Her favorite cousin Dr. Kira Butler. A host of nieces and nephews whom she loved dearly, including Taji and Tony Mac Reaves who she helped raise. A host of family and friends who she always extended herself to.

Cathy Ann Butler was born November 9th, 1953 to her loving mother Catherine Butler, and as a young girl she grew up with her grandparents (Tommie Mae and Curtis), aunts (Julia Margret and Martha Mae) and her uncle (Cortez) who all preceded her... View Obituary & Service Information

The family of Cathy Abdullah created this Life Tributes page to make it easy to share your memories.

Send flowers to the Abdullah family.