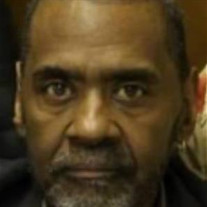 Algie Lee Cargill Jr. was born on April 2, 1950 in Detroit, Michigan to Algie Sr. and Bernadine Davenport Cargill. He was the oldest for four children, Ronald Alan, Gregor and Karen. His Christian experiences stated very early at the Bethlehem Temple in Inkster, Michigan and was baptized in his early teens, under the leadership of the late Rev. O.G. Hayes. He also sang in the youth and young adult choirs. He was educated in the Inkster Public Schools System. As a high school student he was in the Marching band and enjoyed playing the tuba. After high school he and several friends stated the Master Movement Band. Algie and his band partners travelled "Chittlin' Circuit throughout many states playing his bass guitar along with well known artist Robert Penn and other accomplished musicians. After touring with the band, money become limited and Algie decided to become an auto worker, he was employed with the Ford Motor Company for many years. While at Ford Motor Co. Algie and his mate became foster care parents to many, many children over 50 and nurtured them as their own. Bae Bo also enjoyed fishing, hunting, and radio CB, fast cars and their inner workings most of all Algie enjoyed the camaraderie with friends at the Boogie Down Motorcycle Club. During one of the many club events a the Flying Tigers, Algie and Karen locked eyes at the same time. After several dates faith took its course. Algie and Karen Denise were married in a beautiful ceremony. To this union two children were born, Tevor L. and Kayla L. who preceded him in death. Throughout their 28 years together compassionately cared for each other. Algie leaves to mourn his devoted wife Karen Denise; brother Ronald (Melony); children, Markeelin, Cynthia, Alicia, Trevor; nephews Andre Bell, Brian Paul, and Kendall Cargill; grandchildren Brendon, Danessa and Andrea; mother-in-law Laura Myles, father-in-law Clarence Wilkins; brother-in-laws Darryl Bronner (Cassaundra), Keith (Darlene), Orlando (Shabora); Sister-in-laws Camille Wilkins, and Sharmeen Warren. A truly caring son Allen Radcliff Montgomery (Sunset); Daughter in love Olivia S.

Algie Lee Cargill Jr. was born on April 2, 1950 in Detroit, Michigan to Algie Sr. and Bernadine Davenport Cargill. He was the oldest for four children, Ronald Alan, Gregor and Karen. His Christian experiences stated very early at the Bethlehem... View Obituary & Service Information

The family of Algie Lee Cargill Jr created this Life Tributes page to make it easy to share your memories.

Send flowers to the Cargill family.