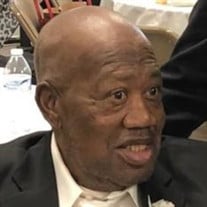 Albert Wayne Stewart was born in September 30,1949 in Beulah, Mississippi to the union of the late Leonard and Alma Stewart. He attended school in Mississippi. Albert accepted Christ at an early age joining Mt. Moriah Baptist Church. Albert joined the U.S. Army in 1970 where he served two years. He was employed at Tyson Foods in Mississippi. In 1990, he moved to Nantucket, Massachusetts where he worked as a maintenance man for twenty-four years before moving to Romulus in 2014 to be near his family. Albert loved talking on the phone with his family and friends. On the morning of May 19, 2020, Albert was called home to be with his Heavenly Father. In addition to his parents, Albert was preceded in death by his brothers, L.C., Willie B., Charlie and Leonard as well as sister, Dorothy Young. Albert leaves to cherish his memory, four brothers, Charles Stewart, Harold Stewart (Shari), Melvin Stewart (Dawn), and Bobby Stewart (Theresa); two sisters, Elizabeth Ann Davis (Johnny) and Beria Stewart, two sisters-in-law, Patty and Sheila, one uncle Watson Harris and a host of nieces, nephews, cousins, and friends. A big THANK YOU, to a very special nephew Sean R. Young, we love you for all of your help!!

The family of Albert Wayne Stewart created this Life Tributes page to make it easy to share your memories.

Send flowers to the Stewart family.